This is the story of Open Sukkah, a small side-project that ended up going a lot further than I thought it would. I’m always on the lookout for problems in my life that can be solved with new products and this is one of them.

It all started in 2016 during the Jewish holiday of Sukkot. If you’re not familiar with this holiday, it commemorates the time when the Jewish people were wandering in the desert for 40 years. Every year in September or October, we build temporary structures outside our homes and live in them for a week. There are a few guidelines that must be following While you’re supposed to completely live in them, the minimum requirement is to eat all meals in it.

In 2016, I didn’t have a Sukkah of my own to eat in. I was living in Tel Aviv and being that private open space is pretty hard to come by, I couldn’t build one. But, I knew there were people around me that would be happy to open their sukkah up to me to use. This was the perfect opportunity to build a website to help me connect with those people. Only one problem. Sukkot was almost over. I would have to wait until next year to build it.

Often when I get ideas and they don’t seem to be timed correctly I just dismiss them. But this time I knew it was an idea that solved a real problem. So I set an event in my calendar for 11 months from then, or just before Sukkot 2017.

The next year (2017), I built an incredibly simple but not very easy to use website. I called it Open Sukkah. But it was really terrible. Apparently gradients were in back then because I chose to go with a hideous green and yellow one. The map was just an embedded, shared Google Map that could be edited by anyone. Adding a sukkah was a nightmare and the design of the website still makes me shudder. The site actually got a fair amount of interest and traffic that year but I doubt many people used it. 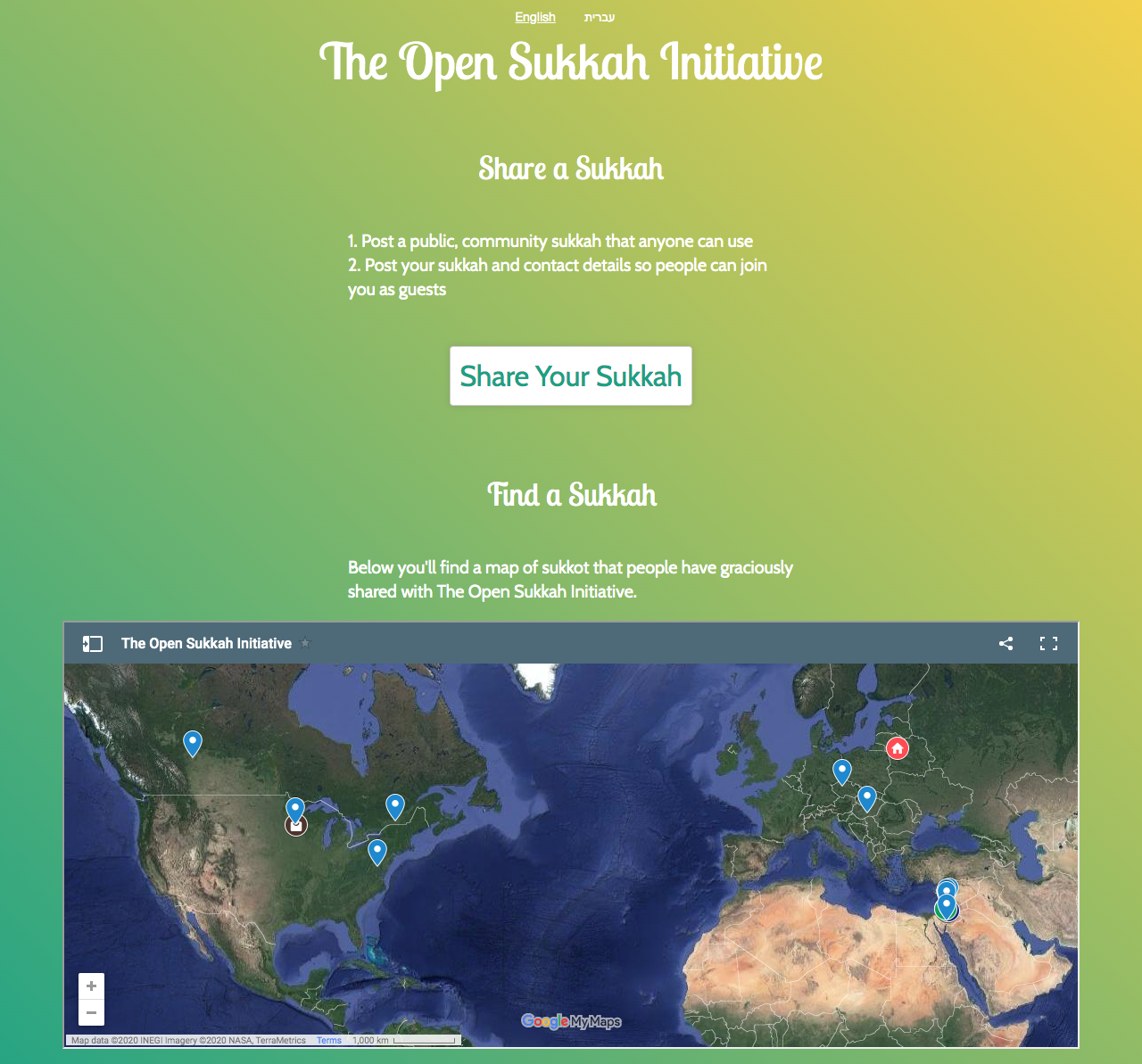 In 2018, after having gained a lot more experience working as a frontend developer compared to the previous year, I completely rebuilt it from the ground up in Vue.js with a Firebase backend. Since the map was the main attraction, I made it take up most of the screen - about 75% map and 25% sukkah listings. As the user moved around on the map, the listings would only show sukkahs that were in view. 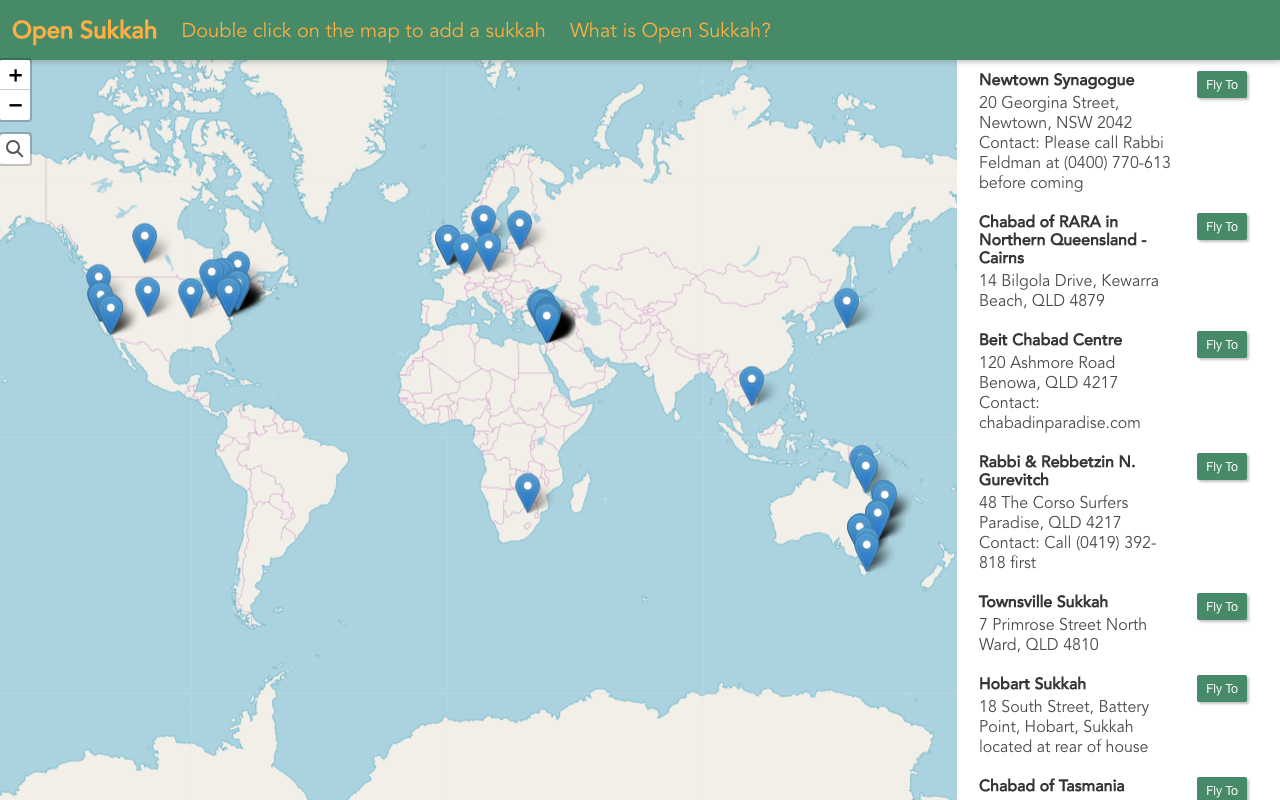 I also decided that this year I would try to promote it more outside of social media. Initially, I still submitted it to the classic places online: Product Hunt (didn’t make it to the front page), r/Judaism, r/Israel, and Hacker News. And it actually did decently on Hacker News for a very niche product like Open Sukkah. It got 13 upvotes on Show HN and brought about 250 visitors to the site.

Things turned around quickly once I got some press. First the Canadian Jewish News reached out to me and wrote an article about it. I told them to call it the “Airbnb of Sukkahs” which I think was one of the things that really helped this project take off. Once that was published I was encouraged to go after some more press.

Luckily, I worked in a coworking space next to GeekTime, the Israeli equivalent of TechCrunch. So I asked them if they could share Open Sukkah a few days before the Sukkot holiday was to begin. They said yes and released an article the 2 days before Sukkot. I saw a huge leap in traffic with over 20 concurrent visitors. Anyone who uses Google Analytics for small projects knows how exciting it is when that number gets big!

Soon after Geektime published, I got a message from a complete stranger asking if he could put money down to help promote Open Sukkah. Yes please! (It ended not happening)

But the real turning point came the night before Sukkot started. I got the following message from Channel 13 news in Israel:

“Hi Aaron, I’m reaching out from the show “Haolam Haboker”, on Reshet Channel 13. We saw your Sukkot project and want to invite you to be on our show. What’s your number so we can talk more?” 😮 Exciting, but very nerve wracking as well (for no good reason).

I got up at 5am to do the live show, and not long after it finished, I got a message from Channel 11. They wanted to send a TV crew to meet me at a sukkah and film a segment for their evening news segment.

Aside from the 2 TV segments, I was on 3-4 radio shows, and a few more articles were written about Open Sukkah.

Attracting the Wrong Kind of Attention

A few days after all the press, I got a message from my friend saying that the website was acting super slow. I went to check it out and found that tens of sukkahs were being added every second. Someone had written a script to do it automatically. When I created the site, I decided that people shouldn’t be required to create accounts to post a sukkah. On one hand, it would make it really easy to add a sukkah. On the other hand, it would make it REALLY easy to “hack”. And that’s what happened. There was nothing for me to do except change permissions in Firebase so that nobody could post in hopes that this person would eventually give up. Luckily, he/she did. 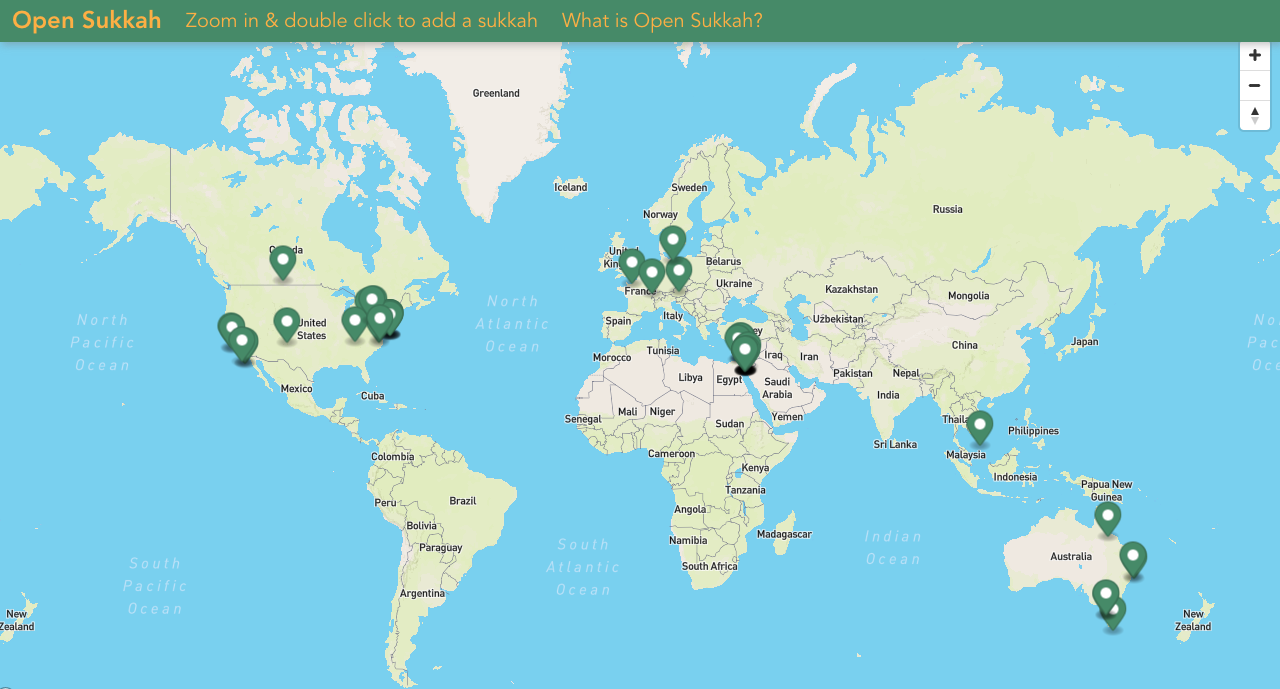 1. Don’t be afraid to piggyback off of something that is already successful

In this case, I nicknamed Open Sukkah “Airbnb for Sukkahs”. Before even seeing the site, already people will have a map with markers and listings for sukkahs in their minds. Reporters also seemed to mention the Airbnb part more than the actual name of the project which definitely helped.

2. When looking for press, start small

3. Products turn out better when you are your own user

When creating a solution to a problem that you don’t suffer from, you have to interview customers or users to make sure that the problem is what you think it is. But when you have the problem too, you can mostly skip this step.

Almost all the apps/startups you know started with a niche. Without one, you’re trying to grasp too much and you’ll end up with nothing.